Recently, a fundamentalist cleric from J&K issued a fatwa against the first all girl rock band from the valley. Before that, the band also faced threats on their Facebook page. It was heartening to learn that state Chief Minister himself reacted promptly on Twitter against those involved in these acts, but more needs to be done. Freedom of Speech and Expression ( under Article 19) and Right to Life and Liberty (under Article 21)are guaranteed as fundamental rights in our constitution. Further, such incidents put India in a bad light which as a liberal democracy is striving towards a uniform civil code under Directive Principles for all its citizens irrespective of their race, religion and creed. State should deal with such self-styled moralists with tougher hand so that it doesn't paint itself as a mute spectator and in turn indirectly encourage fanatics to repeat their misdeeds. 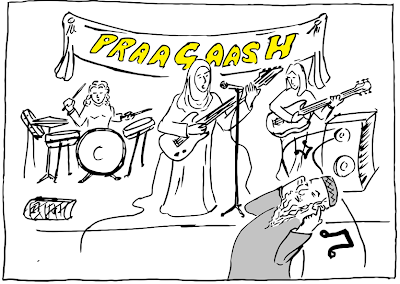 Posted by Nitin Sangwan at 11:57 PM No comments:

Email ThisBlogThis!Share to TwitterShare to FacebookShare to Pinterest
Labels: Praagaash the Band

Anna yesterday reiterated that he won't support Kejriwal's party. Millions others also think like him. They would love to support movement of Kejriwals, but not their political party. The reason - politics is dirty and by corollary, those who are in (or want to enter) politics must also be dirty. This misplaced reductionist approach is surely hurting the honest reformist efforts of a few spirited people who have dared to challenge the stalwarts of Indian politics. It's the gross skepticism of masses that stereotypes torchbearers like Kejriwal. Bigger challenge before nation is not corruption, nepotism or dirty politics, but lack of enthusiast nationalist who can champion the cause of nation, rise above their narrow self interests and decide what is good for nation as a whole is good for them also. 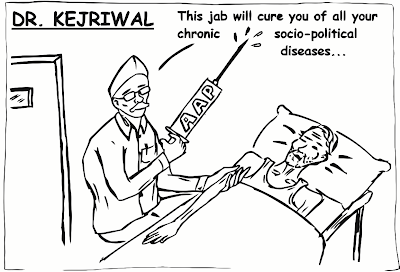 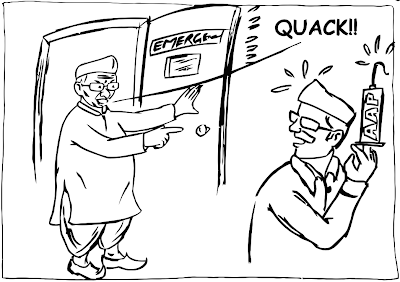