गणतंत्र दिवस or Republic Day signifies the day we declared our nation as the one which is ruled by its people. After adoption and enactment of constitution on 26th November 1949, India was declared a republic and constitution was put into full force on this day in 1950. A 'Republic' is different from a 'Monarchy' (as in UK) or other form of polity as head of state is directly or indirectly elected by people themselves. Will of people is supreme in a republic. Today, however, will of people has been marginalized and a few power-mongers are calling the shots in every sphere of socio-political life. Oligarchy is becoming the de-facto governing system. Time is ripe for reclaiming the republic character once again. Jai Hind!! 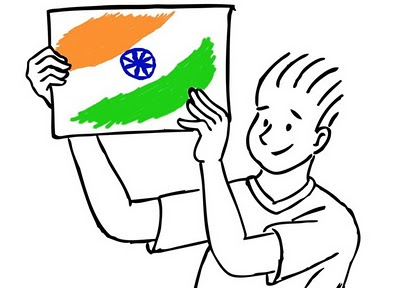 Posted by Nitin Sangwan at 9:17 PM