Recently, Kamal Hasan threatened to leave Tamil Nadu after much heartburn over disruption of release of his movie and subsequent apathy of state government and antagonism of some fanatics. In India, over-powering of state institutions by vested interest groups has almost become a fashion. Statutory bodies are found to kept hostage illegally by such groups and state remains a mute spectator. In such a frustrating situation, one may find approaching judiciary as the only way out, but doing so in a frequent manner raise questions about the very existence of statutory bodies and their competence. Government should put its foot down in wake of such sundry protests and should refrain from taking a soft stance so that such acts are not encouraged in future. 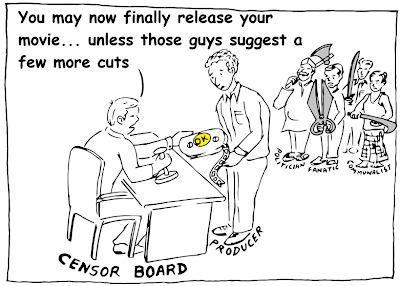